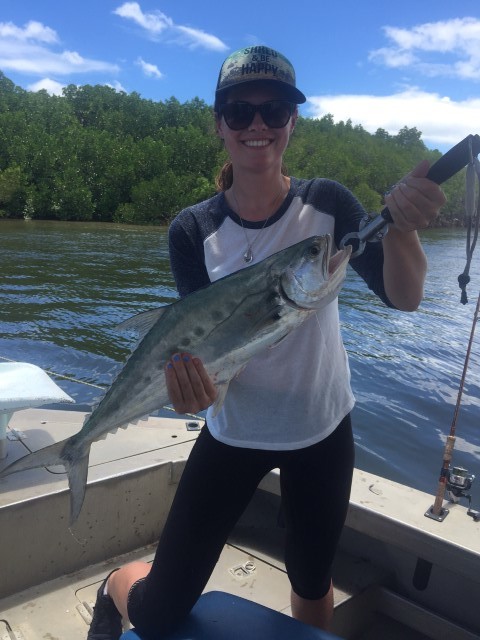 It has been Super Hot, Wet and Humid, but the fish have been biting!

We’ve had plenty of Rain in recent weeks and Trinity Inlet has had a solid, much needed flush of fresh water.

While the live bait has been elusive at times, it’s been worthwhile putting in the extra effort to get sardines, mullet and prawns.

The Black Moon is upon us once again with big incoming tides pushing hard in the mornings.

Fingermark, Jacks and Barras have been hooked the past couple charters. The pressure points right up close to the mangroves will continue to produce some solid predators during the next few mornings.

Then, in a few days time when the tides get smaller we can get back to fishing the deeper runs and wrecks.

The goal on every charter, is for you to end up at the Salt House restaurant at the Pier getting your catch prepared for lunch or dinner.

It’s not a 100% success rate, but we put in a consistently strong effort on each outing.

In the past couple weeks, Queenfish over a metre, Fingermark up to 70 cm and Barras to 80cm have been landed.
Cheers,
John H 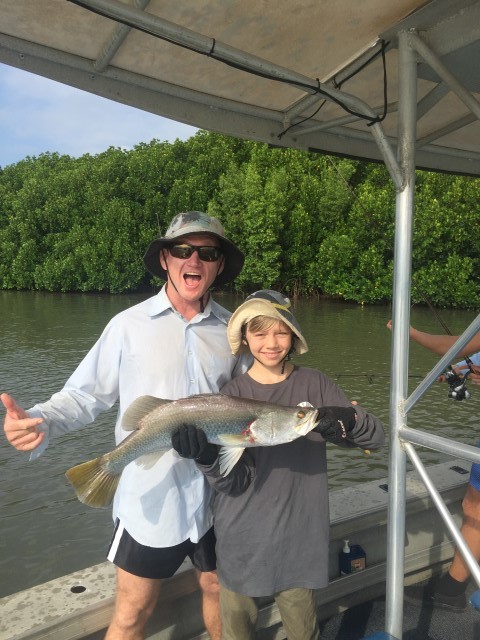 The consistent northerly winds help heat up the action!

The last several days have seen water temperatures consistently rising in Trinity Inlet. The fishing has greatly improved and the Barramundi have become active again.
Certainly we won’t see the Barras get really active until some summer rains arrive, but on the right tide, fishing structure they have been biting.
Taking the time to chase Mullet with the cast net has become worthwhile again! The Black Moon and the incoming morning tides will be starting on this coming Saturday.
The wrecks and pressure point corners will be producing predators on live baits. A well presented Mullet is sure to get an Inquiry from a Barra. One of the Recent highlights in Trinty Inlet was junior angler Ruben Sapper landing a respectable 67 cm Barra. It fought like a Trojan and jumped and pulled plenty of drag.
Dad was on net duty and check out the smiles….. The wolf herring, Scaly Scads and the odd Tarpon have been a good distraction between strikes from the target predators.
The Salt House Restaurant at the Pier have been doing a fantastic job of preparing some of our anglers fresh catches. Check out the photos. 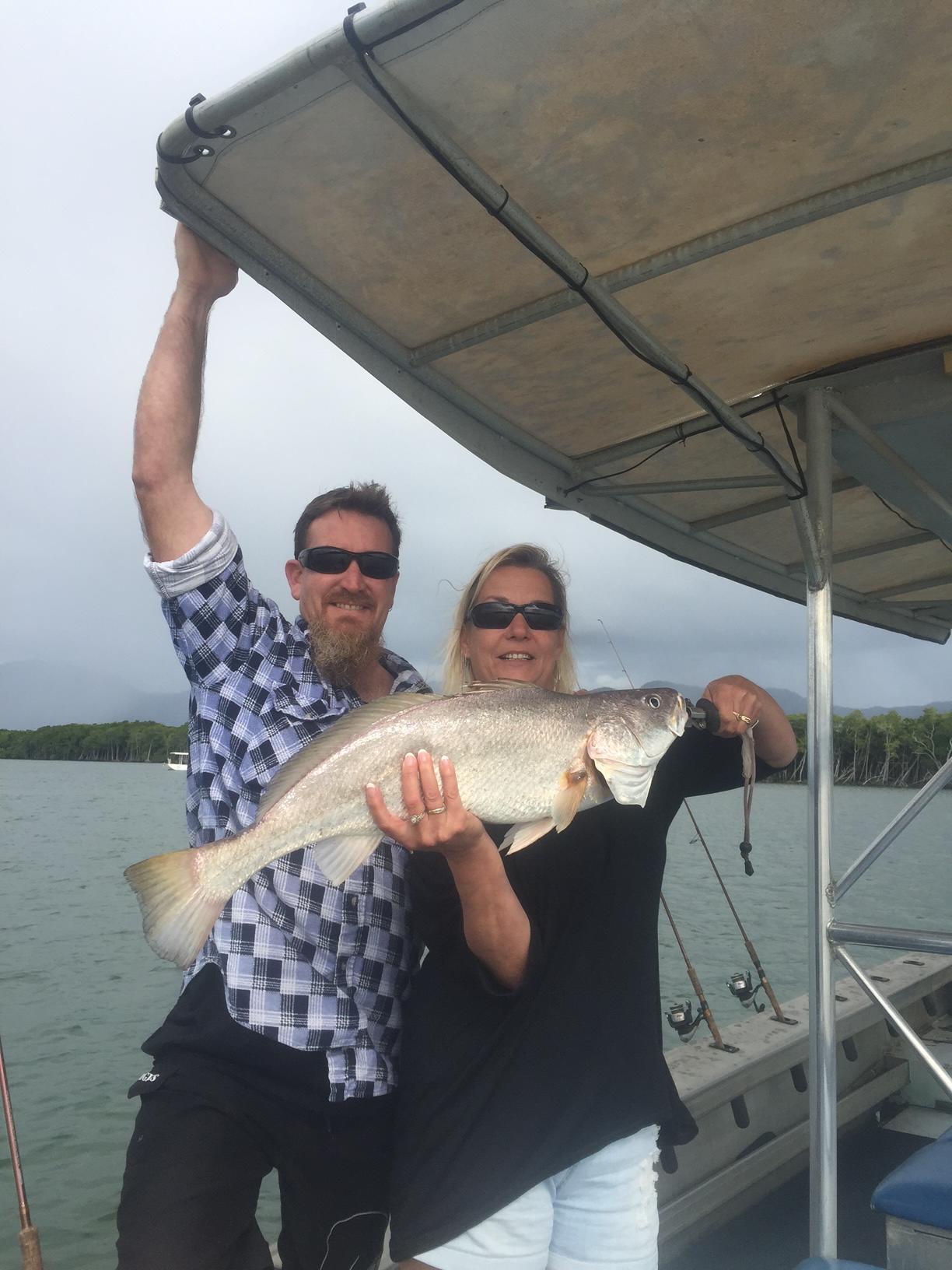 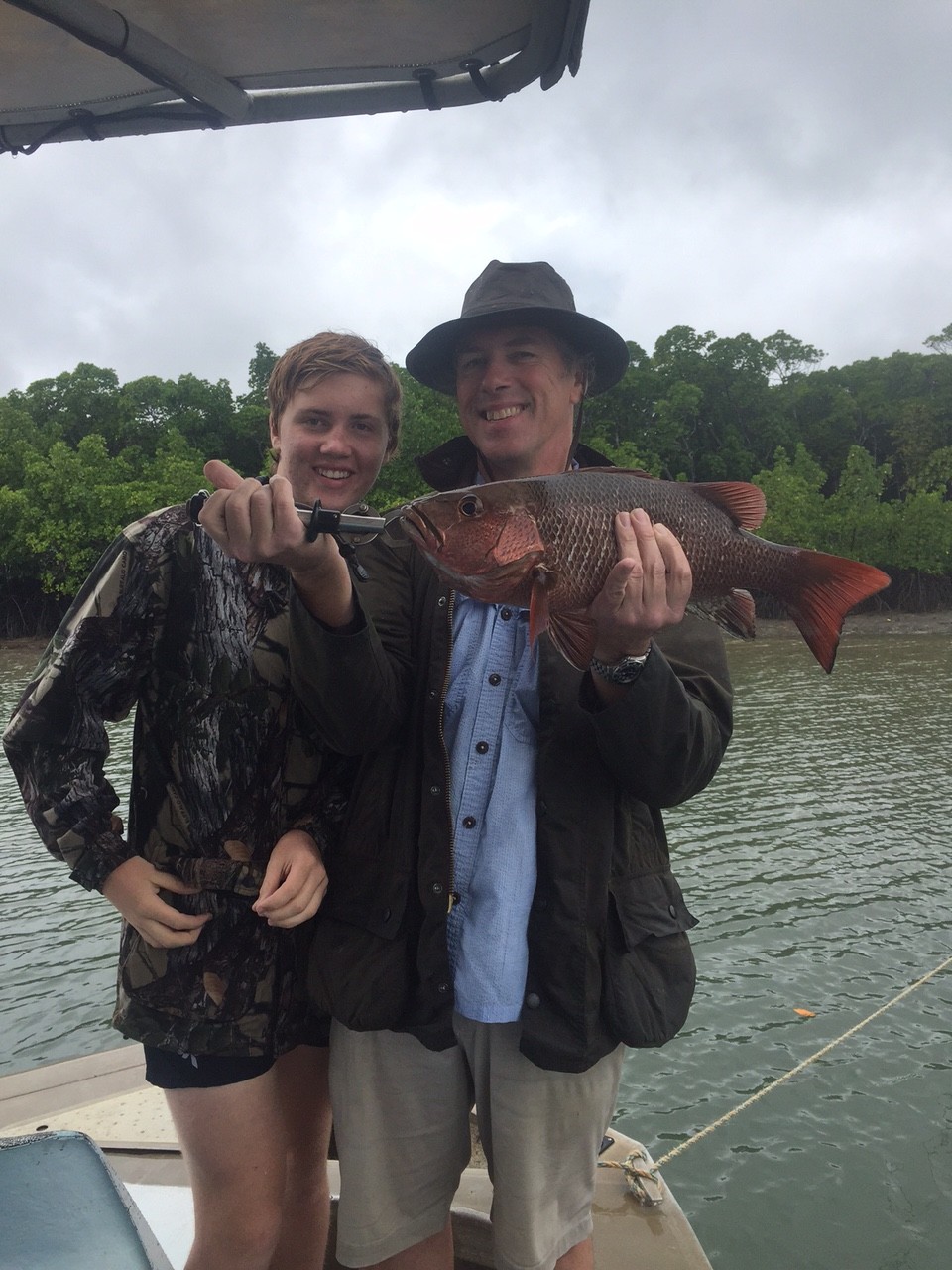 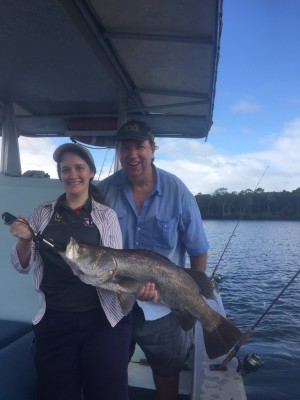 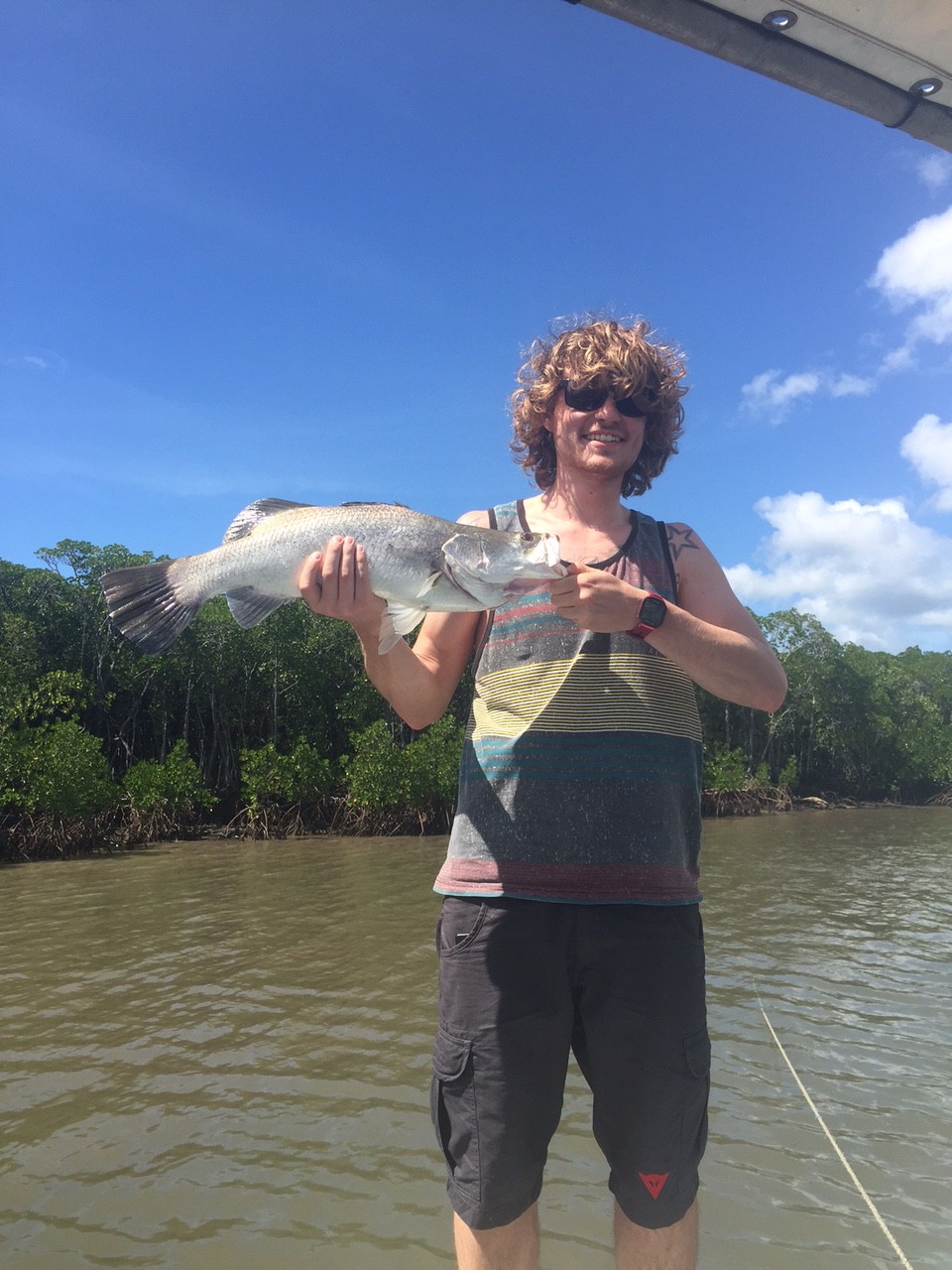